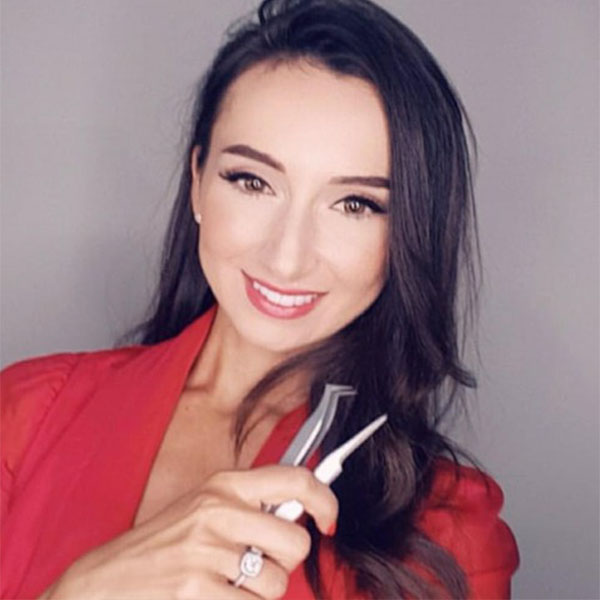 How long have you been lashing?

I have been lashing for just over 3 years. I have one classic and one volume certificate , two permanent makeup certificates,  NALA educator certificate , and of course my Silver Award certificate from the Royal Canadian Lash Competition in Canada for the 2D-3D Salon Volume Category.  I work out of my own studio in Calgary

I moved to Canada from Albania when I was 17 years old. I was a refugee, my family stayed behind, and there was only an opportunity for me to move away and have a better life, so I took the chance. Without turning this into a history lesson, Albania was the last communist country in Europe, between 1985 which is when I was born, until 1992. Growing up there, it was very isolated from the rest of the world, there were no foreign films on TV or foreign music on the radio, everything was owned and controlled by the government. The way my parents grew up, everything was controlled by the leader (think North Korea) even food was rationed as in what and how much each family in the country got to consume. After the death of the leader in the late 80s and the overturn of the government by the people, there was no more government. The government buildings were set on fire, weapons depot and warehouses were broken into, and everything was chaotic. Everyone now had access to at least one AK47 and a lot of ammo to go with it. During this time I was just a kid, I knew it wasn't safe, but somehow I was still living my best life, after all, I didn't know any different. In my mind, I thought the whole entire world was like that. I thought waking up to the sound of grenades or to have my classmates be killed by stray bullets was normal, and just a reality I had to accept. I remember when the UN came to my town in Fier, Albania. We would get colored crayons or small books from them and as a child that was one of the best days of our lives... Don't get me wrong, I moved in 2002, during this time the streets became a lot safer but the layers of corruption in the government and the violence between people were sadly the fundamentals on which this beautiful but broken country thrived on daily. So yes, when the opportunity knocked we took it, well I took it, and I am grateful for my parents and my aunt who were already living in Canada for setting it up. I left my mom, dad, and brother behind and at 17 years old I was on my first flight ever on the other side of the world away from my family, but off to a better and safer life.

As time passed, I got a job, went to school, learned, and after a lot of ups and downs I figured out how to survive on my own. I have been down and out, super broke and almost living on the streets since I never had my mom or dad close by to move back in, but I made it through. When people quote, "what doesn't kill you makes you stronger," it's because when you survived adversity so many times and climb yourself out of a hole, you grow an extra inch in your mind, your mind becomes stronger, and self-doubt becomes weaker. To this day in a moment of self-doubt, those hard times come back to mind, and I immediately remind myself of who the f*?! I am and what I can do.

Fast forward to the present, I have a family worthy of a reality TV show (don't we all? ) My son Julian is almost 5-years-old; he's a ball of light right in your face. My husband Alex is tall, dark, and handsome, yup! My mom is a real life angel who moved in with us more permanently after my dad passed away. She is the glue who holds everything together. I live in a beautiful home in one of the most beautiful lake communities in Calgary, AB, and I run my business out of my house part-time as well as in my studio. We have so many loving friends and family around, which I will be honest I haven't seen them as much since starting my business. I am now 33, and I feel that these are the best and most aware years of my life and eyelashes have a lot to do with it. Learning lashes taught me a skill and growing with it has opened so many doors for me and has painted the reality in which I am in now, from material things to new and cherished relationships with people from all over the world.

I LOVE to dance, expressing myself in a way which is connected to music makes me feel exhilarated and alive. Mainly Latin music, I am a killer salsa dancer; I also like EDM or tropical house. Other hobbies are running (I have a 10km to run tomorrow woohoo), being a sun worshipper, traveling, and teaching my son about the world and different cultures. I like to draw and create things with my hands which is probably the reason why I enjoy lashing so much in the first place. I love anything about self-improvement and optimal living, and I am a huge goal setter. I speak Albanian, English, and Italian and my happy place will forever be on a beach on the Mediterranean Sea.

when did you start lashing?

I started lashing a year after having my son was born because I couldn't bear the thought of going back to work when he was just one! I think babies need their mamas close by until they get their driver license at least hahaha. I actually learned permanent makeup and lashing at the same time, but lashes eventually became my favorite, and I realized that's where I should focus my energy more. Doing both felt like I was mediocre at both, so I picked one and said: I will be the best at this (still working on that obviously this is a lifelong journey)

What is your favorite thing about being a lash artist? 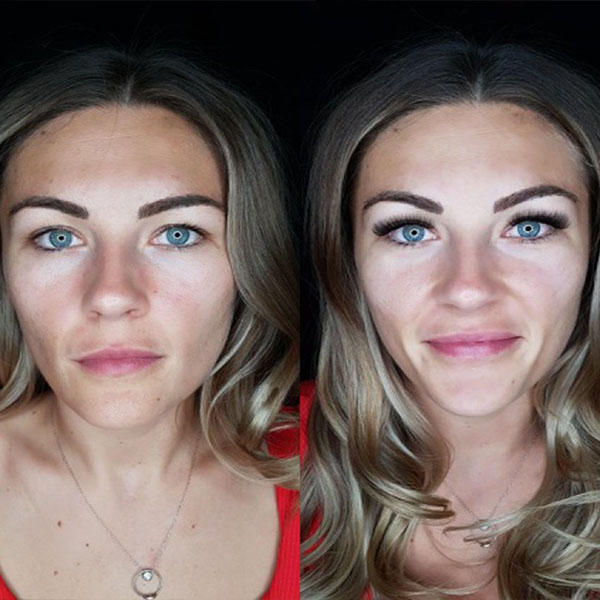 The favorite aspect of my job is making women feel more confident if lashes can do that then that's what we should do!! There is no price to that feeling, and through the years I have developed such a strong relationship with all my clients, so I know exactly what they need and how and when. I know everything about my clients; when they wanna sleep, when they wanna chat, when the in-laws are in town, and when their kid is sick. I freaking LOVE them for allowing me to play that special part in their life and hope the feeling is mutual.

What are some of your inspirations?

I love when my clients haven't seen me for a while and they come back, and after I am done they look in the mirror and say "I feel like myself again." My mission is to make women feel and say that all over the world. I go back to Albania almost every year now and this year I am planning on opening a store and offering more training at a lower cost to help as many women as possible achieve their dreams with lashes just like I did.

Do you edit or filter your photos? What’s your favorite app for pics? 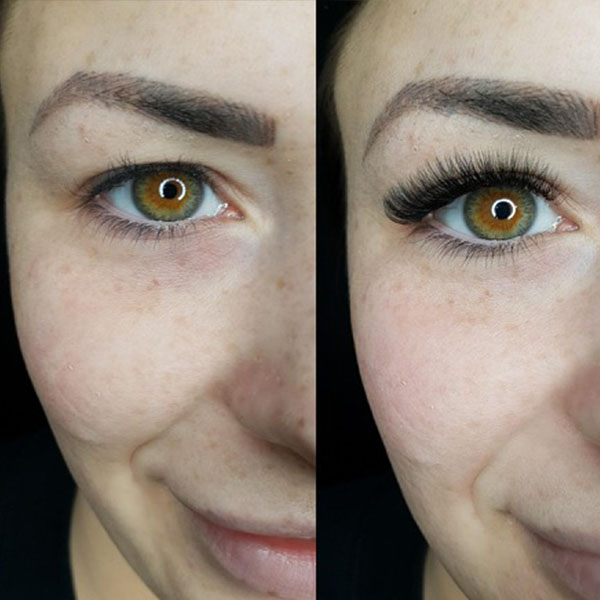 I do edit my photos, I use an app called Face-tune, and I smooth out the skin, erase the blemishes and make the picture brighter if needed. I never edit the lashes, EVER.

WHAT IS YOUR FAVORITE ASPECT OF LASH AFFAIR?

Lash Affair seems to me like this thing I strive to become. A well operated, successful business and influencer of the industry. Where you still get the personal connection with people, not just someone trying to sell you something. I believe in what they represent, and I can only learn and benefit from this relationship, so I will absolutely do my very best to represent them well when using their products.

What advice would you give someone who just started?

Lashes are not a late night rendezvous; lashes need you to put a ring on that finger and commit for the long haul because only then will that allow you to peel through the layers of mastery and skill necessary to grow a loving and mutual relationship.