For thousands of years, long, thick, and dark lashes have been a symbol of beauty, femininity, and, fertility in many cultures. In the Bronze Age, women around the Middle East, North Africa, South Asia, and the Mediterranean used kohl, which contained either antimony sulfide or lead sulfide, to contour and darken the edges of the eyelid. 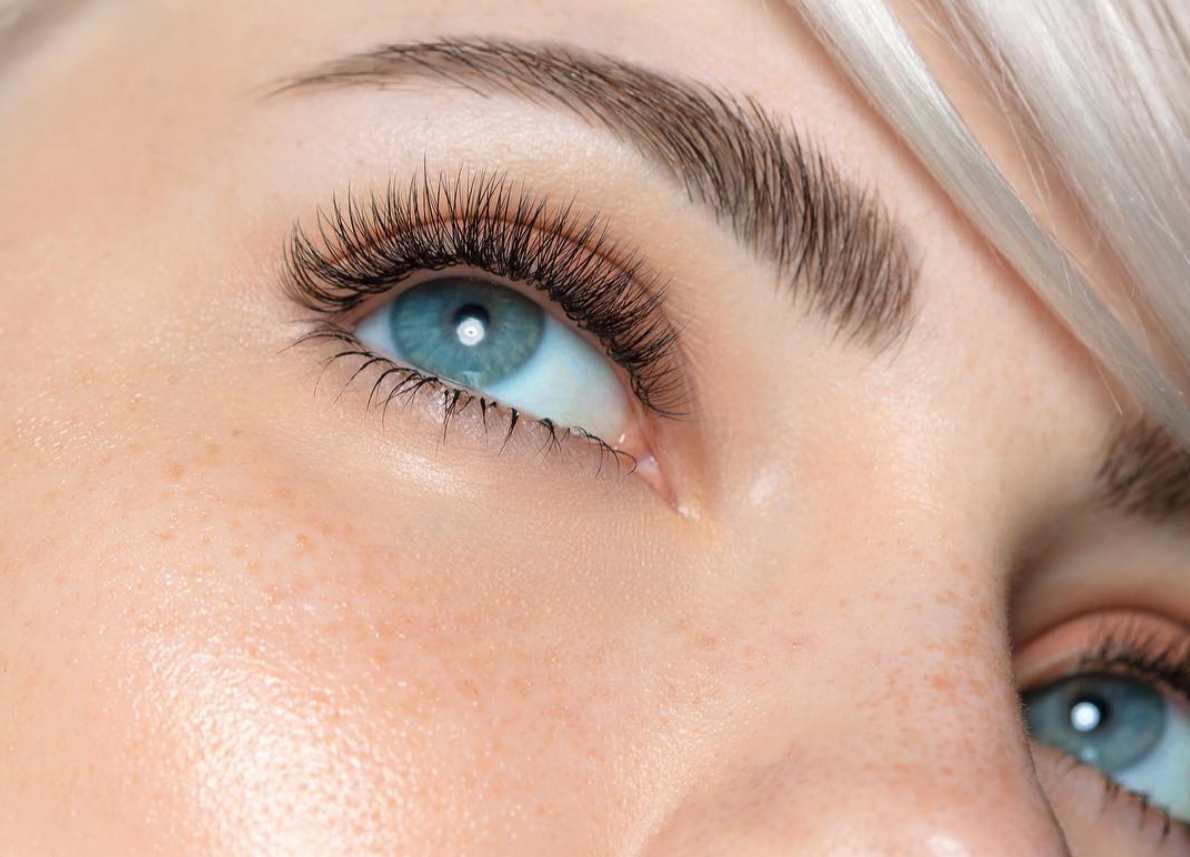 But the eyelashes are more than just pretty accessories on one's face; they serve an important function. Consisting of sensory fibers, human eyelashes serve a protective function from airborne debris by reflexively shutting the eyelid when it is hit by dust particles that can enter and harm the eye. With every blink, the eyelashes descend like curtains to close the eyes, and fluids from tear glands running along the edge of the eyelid  the eyes, keeping them wet and moist.

Like human hair, each lash is composed of 10 percent water and 90 percent proteins including keratin and melanin that are produced by hair follicles embedded within the scalp. Made of living cells, hair follicles receive nourishment directly from blood vessels at their base.

The upper eyelid is usually framed by 90 to 150 lashes, while the bottom has up to 80 lashes. Growing at a rate of about 0.15 mm per day, eyelashes can grow up to 9 mm in length and can take about two months to regenerate when pulled out. Eyelashes are also the most pigmented out of all human hairs, which is why they don't usually turn grey.

Everyone is born with a predetermined number of hair follicles, and each individual eyelash is programmed to reach a certain length before shedding. But worry not, like everything on earth, living or otherwise, eyelashes go through a natural cycle of shedding and regrowing. An average person would lose roughly 20 percent of lashes every two weeks or so.

Growth cycles are controlled by a chemical signal like epidermal growth factor. DLX3 is a crucial regulator of hair follicle differentiation and cycling. Specifically, colocalization of phosphorylated Smad1/5/8 complex and DLX3 regulate role for BMP signaling to Dlx3 during hair morphogenesis in animal models.

As with all human hair, eyelashes grow in three asynchronous phases, which means that each lash is at a different stage of the growth cycle; some may be growing while others are lying dormant.

THE GROWTH PHASE OR "ANAGEN" 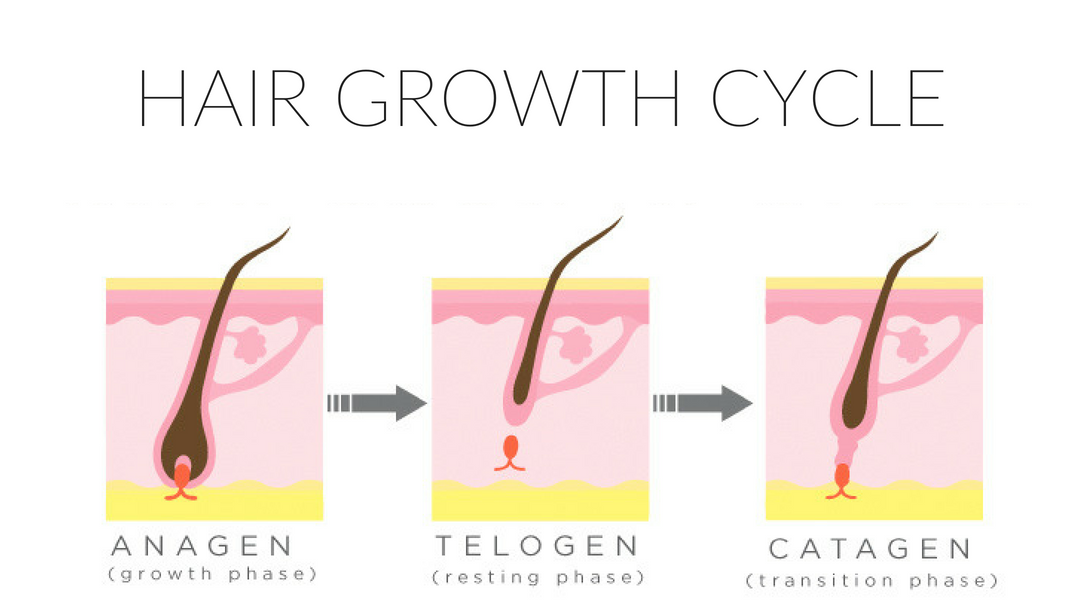 Anagen is a period of active growth. At this stage, two processes take place. Earlier on, cells in the root of the eyelash divide rapidly to form new hair. Then, the hair follicles start producing the pigmented proteins melanin, which subsequently moves to the hair shaft to give it the distinctly dark color.

The growth phase, also called anagen, is the first stage of the lash cycle. How long anagen lasts is determined genetically, and varies between the sexes and from one person to another. It usually lasts between 30-45 days. If all your lashes were in the growth phase at the same time, then they’d all be on track to fall out at the same time. Approximately 40% of upper lashes and 15% of lower lashes are in the growth stage at any given time.

The growth phase is followed by a short transition phase, also known as catagen. Once lashes in the growth phase reach their designated length, they stop growing, the hair follicle shrinks, and they move on to this transition phase. This phase lasts between 2-3 weeks (14-21 days). No pigment is made during this time, and the lash follicle stops producing hair. The base of the lash follicle moves upwards towards the surface of the skin. Should a lash fall out during catagen, it won’t begin growing back until this phase has run its course.

The resting/shedding phase is also known as telogen. This phase lasts 3-4 months. During this time, a new hair begins to grow from the hair follicle. As it grows upwards, the old hair will shed naturally or may be pulled out. Shedding is part of the normal process of the replacement of an old lash with a new one. The new lash emerges from the same opening at the surface of the skin as the old one, and then the lash cycle begins again. In general, lashes have a lifespan of about three months but can last more than 100 days before the lash falls out, and a new one begins to grow. Because each individual lash is in its own phase of the growing cycle, it's normal for a few lashes to fall out most days. It typically takes 4-8 weeks to fully replace a lash.

Keep in mind that as you age, your lash cycle can become shorter. This isn't true for everyone and depends mostly on your genes. The follicles gradually give up producing long, strong lashes, and lashes become thinner and shorter. 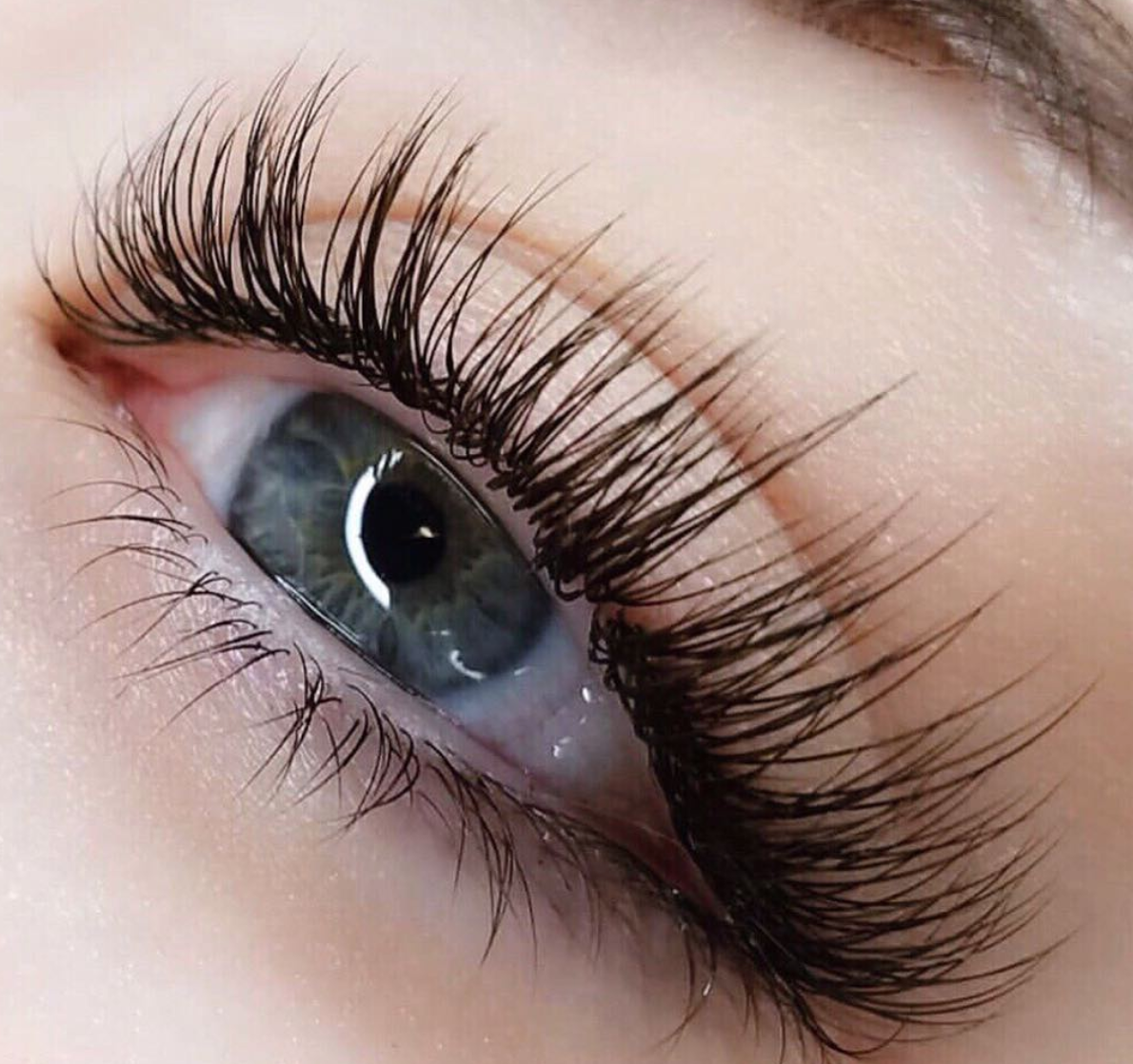 Use this example to showcase to your clients the importance of what the shedding cycle is, why it's happening and how it will affect your their extensions. They might wake up in the morning with one or two eyelash extensions falling out, but remember that lashes are like any other hair on your body replacing themselves as they continuously move through a natural growth cycle. How they take care of and nourish their lashes determines how strong or weak they will be. Using lash extension products such as lash enhancement serum during the resting and shedding phases might help you see results quicker.

Help keep your lashes in great shape by following these simple tips:

We recommend our multi-use, must-have TLC Cleanser, which delivers the best treatment and 3 in 1 formula for all-over cleansing.

Sign up for latest sales, new releases, and more...